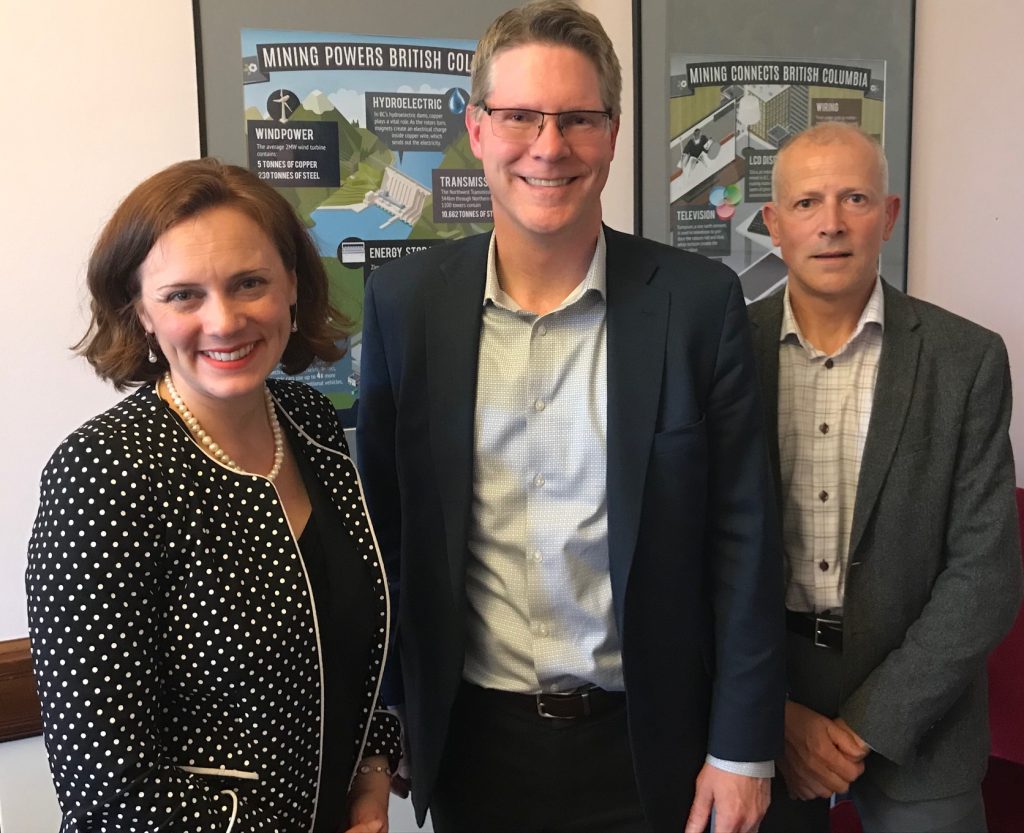 Vancouver, BC – May 9, 2019 – Geoscience BC thanks the provincial government for granting $5 million in one-year bridge funding to support earth science research in British Columbia.

The new funding will allow Geoscience BC to continue its minerals, energy and water related public earth science for an additional year, with many ongoing and new research projects set to begin in 2019-20.

“Our Mining Jobs Task Force did excellent work identifying the many ways our government can support mining, and we’re meeting another one of their recommendations with this $5 million in funding to Geoscience BC,” Minister of Energy, Mines and Petroleum Resources Michelle Mungall. “The research that will come from this funding will attract the investment necessary for resource development that makes a clean electrified economy possible.”

Geoscience BC’s funding request was supported by more than 40 organizations, communities and First Nations calling for continued funding of Geoscience BC’s open approach and collaboration with others, including the British Columbia Geological Survey.

Edie Thome, President and CEO, AME – Association for Mineral Exploration: “AME is pleased to see the support for Geoscience BC recommended by the Mining Jobs Task Force put in place. We advocated for the creation of Geoscience BC in 2005 following successful pilot programs that demonstrated the value of a collaborative approach to the development of public geoscience.”

Val Litwin, President and CEO, BC Chamber of Commerce: “We applaud the Provincial Government’s $5 million investment in Geoscience BC as we all work together on the longer term geoscience strategy for our province. By collecting, interpreting and sharing new scientific data, Geoscience BC research allows for better decisions to be made by everyone involved in resource development by identifying opportunity and mitigating risks, while also answering specific environmental questions. This attracts investment and informs decisions about the responsible development of our resources to the benefit of all British Columbians.”

Gord Klassen, President, North Central Local Government Association: “Geoscience BC research is attracting investment, informing decisions and supporting the responsible development of British Columbia’s natural resources. The North Central Local Government Association is pleased to see bridge funding for Geoscience BC announced so that its earth science research relating to minerals, energy and water resources in our region can continue, and so that a long-term strategy for public geoscience in British Columbia can be developed.”

Our collaboration with the resource sectors, academia, communities, Indigenous groups and government develops and shares unbiased and credible earth science research and data.

Geoscience BC is a not for profit society incorporated under the BC Societies Act.

Visit www.geosciencebc.com or follow us @GeoscienceBC to find out more.