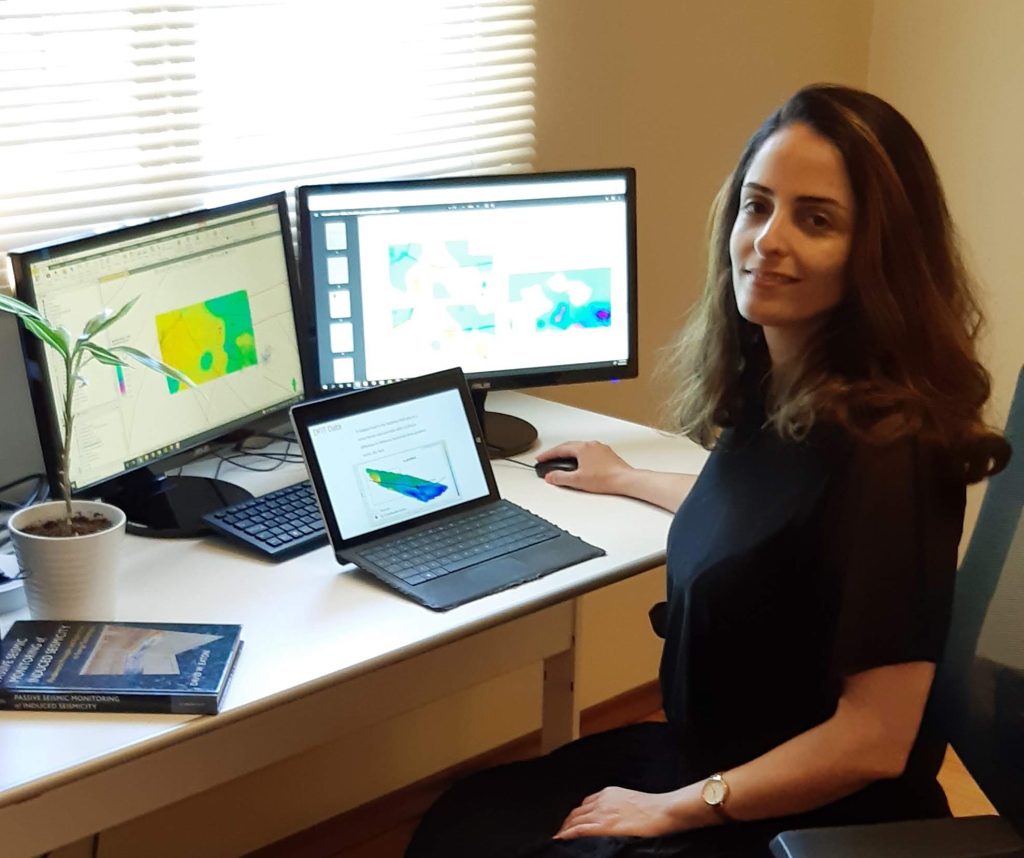 Zahra is working on her Ph.D. in geophysics/seismology with Professor David Eaton at the University of Calgary. Her research focuses on hydraulic fracturing and fault reactivation in the presence of a pressure barrier. In 2009, she received an M.Sc. in reservoir engineering in Iran and worked on large oil and gas reservoirs for several years before returning to academia. Her research interests also include geomechanical modelling, injection-induced seismicity, microseismic interpretation, and reservoir modelling.

On November 30, 2018, an earthquake sequence was initiated during hydraulic fracturing operations in the Septimus region of the Montney Formation in British Columbia’s Northeast Region. When this sequence was initiated, zipper-fracking was being carried out in two lower-middle Montney wells. It has been proposed that variations in pore pressure within the Montney unconventional play reflect fault-bounded pressure compartments. A measured static pressure difference of 10 MPa between the two wells indicates that they may be separated by an impermeable fault. In this project, we review available data from Northeast British Columbia, with the objective of reappraising pressure terrane boundaries, and evaluating the relationship between fault structures, pressure terranes and induced seismicity. We also characterize the influence of a lateral pore-pressure gradient on completion effectiveness and fault activation.