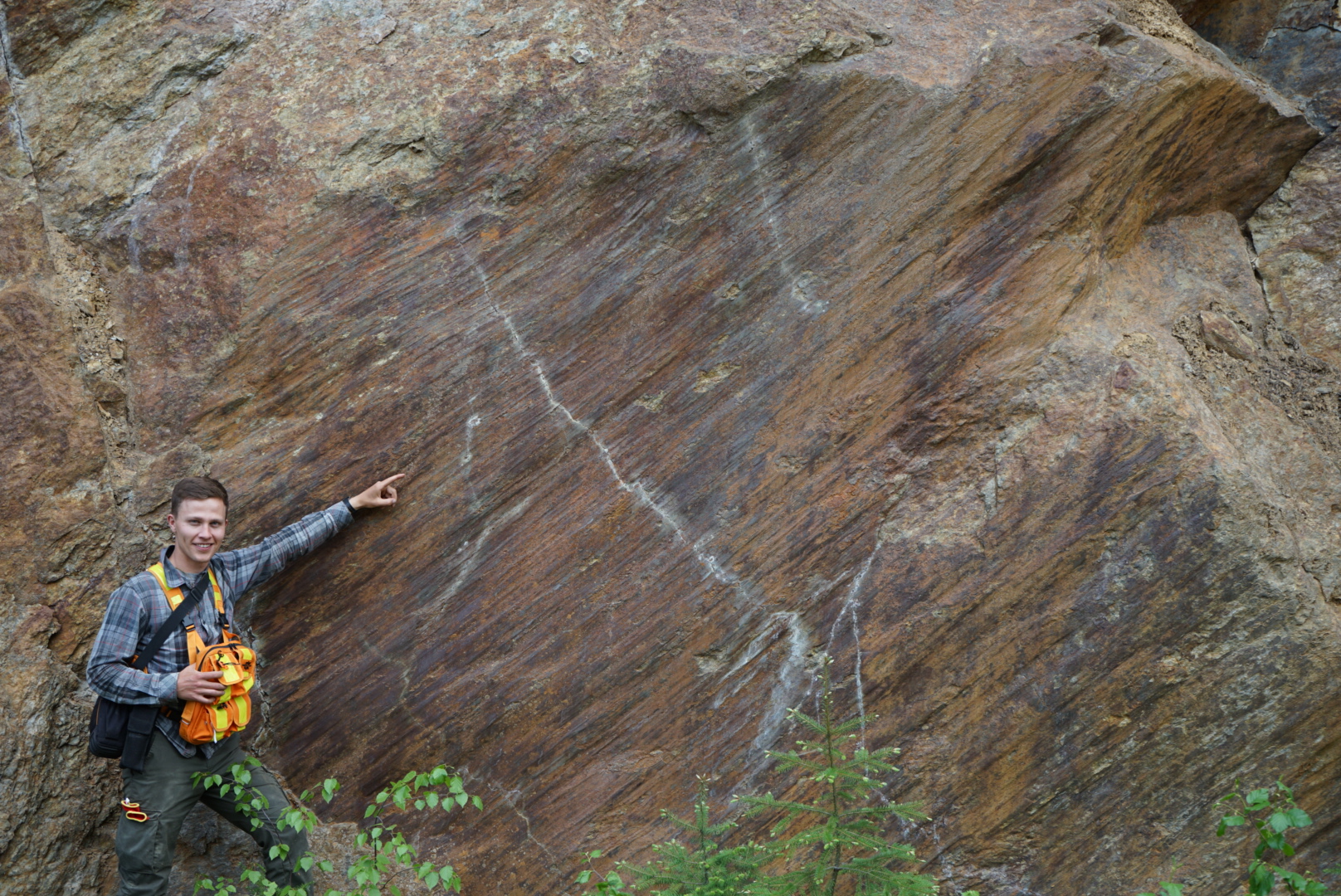 Theron grew up on the Saanich Peninsula, and attended the University of Victoria for his undergraduate degree. After a brief stint in Mechanical Engineering, he switched to Earth Sciences and was hooked from the first time he put a Brunton on an outcrop. Theron gained diverse fieldwork experience over the subsequent summers working as a field assistant for a structural study of the Cantabrian Mountains in northern Spain, a BCGS bedrock mapping project in the Nicola Arc of south-central BC, and a GSC bedrock mapping campaign in the Mackenzie Mountains, NWT. Over the winters he gained experience working with geophysical data, culminating in an honours thesis focussed on the neotectonics of the Cascadia forearc. His interest in geothermal energy grew out of a desire to find ways in which geoscientists can facilitate the transition to a lower-carbon economy. His MSc project, jointly supervised by Martyn Unsworth, Stephen Johnston, and Jonathan Banks, combines his interests in geoscience with his passion for renewable energy.

Several characteristics of fault zones influence their permeability structure including size, age, kinematics, and subsurface geometry. For his thesis, he is seeking to better constrain these parameters for fault zones that occur in conjunction with a high heat flow anomaly and concentration of thermal springs in the Columbia Mountains of southeastern BC. Ultimately, he hopes to gain insight into why hydrothermal systems occur where they do along fault zones, and whether yet-undiscovered “blind systems” might exist, masked by high precipitation rates and thick glaciogenic surficial deposits. The results of this work will be valuable in assessing geothermal energy potential for small towns in this region of British Columbia, and more broadly, will contribute to the understanding of subsurface fluid flow in orogenic belts.