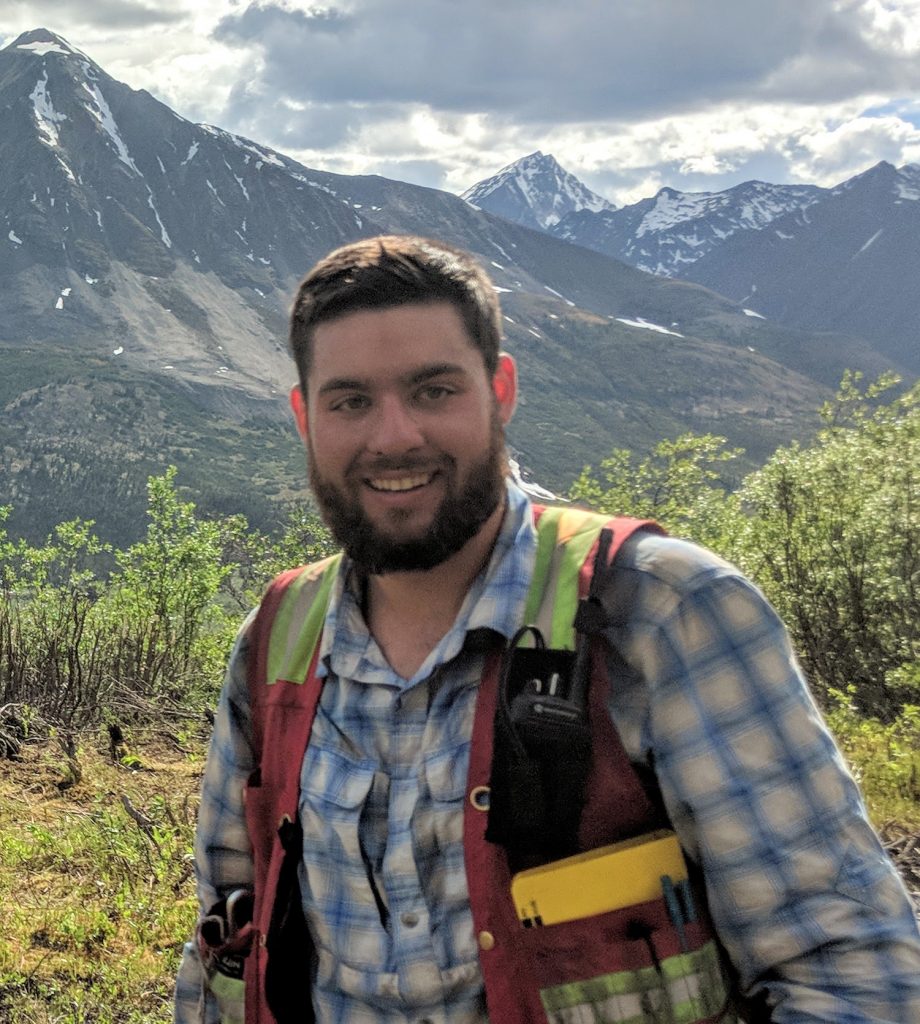 Taylor was born in Vancouver and grew up in the Okanagan where he developed an interest in hiking and the outdoors. A fascination in physical sciences and the natural world inspired Taylor to pursue a bachelor’s in science at the University of British Columbia. During his BSc Taylor quickly found a love for geology and spent two summers working as a Geotech for exploration consulting companies exploring for Au and Pb-Zn-Ag properties throughout the Yukon. After graduating, Taylor worked as a geologist in the North West Territory, mapping, and prospecting with a focus on structural ore controls while exploring for gold in an Archean greenstone belt. During his BSc, Taylor completed an honours thesis supervised by the late Dr. Peter Winterburn on thallium geochemistry which inspired him to pursue an MSc studying geochemistry. So far during his MSc Taylor was a Structural Geology and Tectonics of North America teaching assistant and is the UBC Society of Economic Geology Chapter President.

Project: Variability in Magmatic Porphyry Fertility Within and Between Arcs: Comparisons Between British Columbia, Arizona, and Chile

Porphyry copper deposit formation depends on key magmatic features including oxidation state, temperature, metal, water, chlorine, and sulphur contents. Zircon trace element signatures and grain morphology can indicate many of these attributes and inform on a magma’s fertility, or potential to form a porphyry copper deposit. However, there is little consideration or understanding of the scale and variability of these features within or between arcs. Zircons extracted from rocks, stream and till samples from the Triassic/Jurassic southern Quesnellia porphyry belt in British Columbia will be assessed, and then compared to other fertile arcs – the Laramide arc in Arizona and Mio-Pliocene arc in central Chile. Distinguishing porphyry fertile arc magmas from those that formed barren intrusions and understanding the natural variability of porphyry indicators will enable explorers to identify prospective exploration targets more effectively.