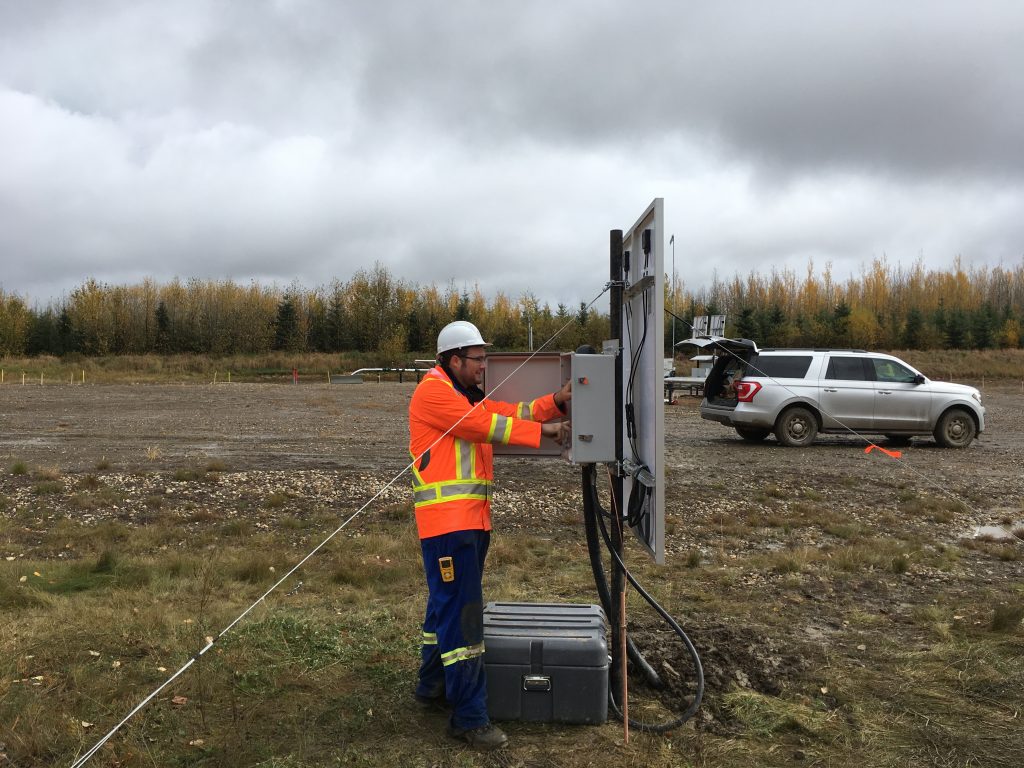 Marco started his PhD at Ruhr University Bochum at the end of 2018 in the institute of Geology, Mineralogy and Geophysics under supervision of Prof. Rebecca M. Harrington. His dissertation will focus on seismic data analysis and source studies of earthquakes near hydraulic fracturing sites. As he was born in the Ruhr area, which has been historically dominated by deep longwall mining and associated induced earthquakes, he became interested in mining processes and the history of coal miners at an early age. His interest led him to pursue his BSc and MSc in Geosciences in Bochum, while he cooperated with DMT GmbH in Essen in a monitoring project for his MSc thesis. His PhD work puts his scientific focus on induced seismicity with respect to energy production. In addition to his research objectives, he enjoys teaching classes about applied geophysics in field areas in central Italy and southern Spain, and seismic signal processing.

An increasing number of hydraulic fracturing operations in low permeable tight shales of the Dawson Septimus area northeast British Columbia have been associated with an increasing number of M3+ earthquakes in the last decades, including a M L 4.5 on 11/30/2018 near Dawson Creek. In this work, he uses a catalog of induced earthquakes from a local seismic deployment close to hydraulic fracturing wells to invert for source properties. First, he will use a probabilistic earthquake source inversion framework to estimate focal mechanism solutions, which will be compared to seismicity alignments constrained by double difference hypocenter relocations in order to determine the likely fault plane. Second, he will use spectral fitting methods to invert for seismic moment and stress drop values to evaluate possible fault planes and to investigate in their scaling relations.