Expanding on the success of Geoscience BC's other QUEST projects, the QUEST-Northwest Project was designed to stimulate exploration interest and investment in the northwest of British Columbia, and to enhance the success of exploration activities in the region.

The QUEST-Northwest project included airborne geophysical surveys, a regional ground geochemical program and bedrock geological mapping. In addition to the new high-resolution airborne surveys in the north, an airborne magnetic data compilation project is in development in the Stewart area to the south.

Two airborne magnetic surveys in the Dease Lake and Telegraph Creek areas (Block 1 and Block 2) were flown in August and September 2011, and a third survey was flown in the in the Iskut area in August 2012 (Block 3). All surveys were flown at 250 m line spacing, in an east-west orientation using a HeliMAG stinger system. Block 1 was flown by Aeroquest and Blocks 2 and 3 were flown by GeoData Solutions.

To access QUEST-Northwest final datasets, brochures, posters and news releases, scroll down below the map. 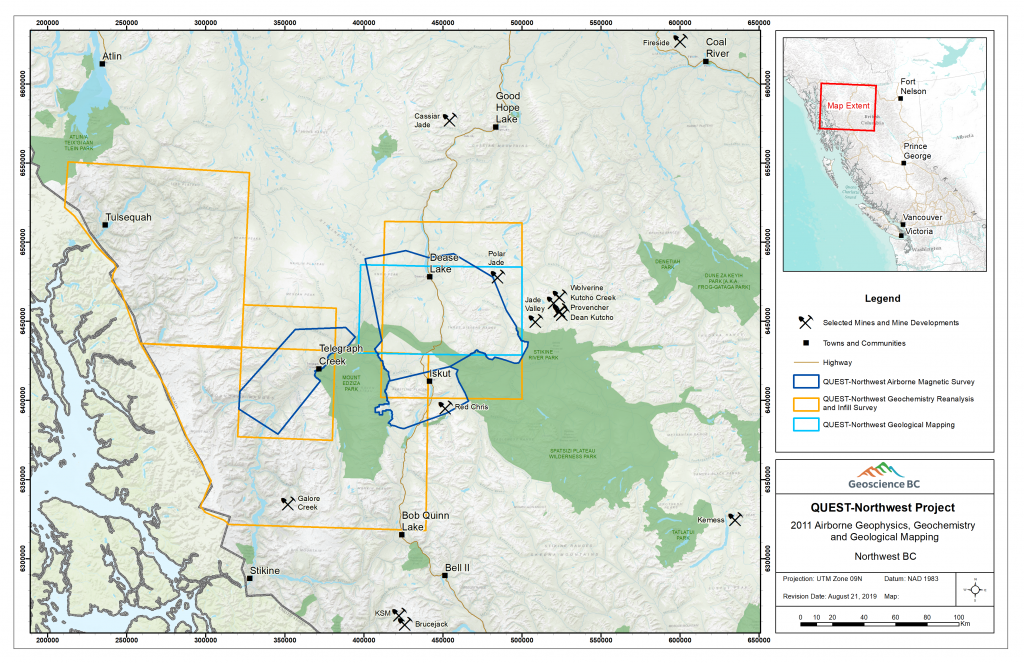