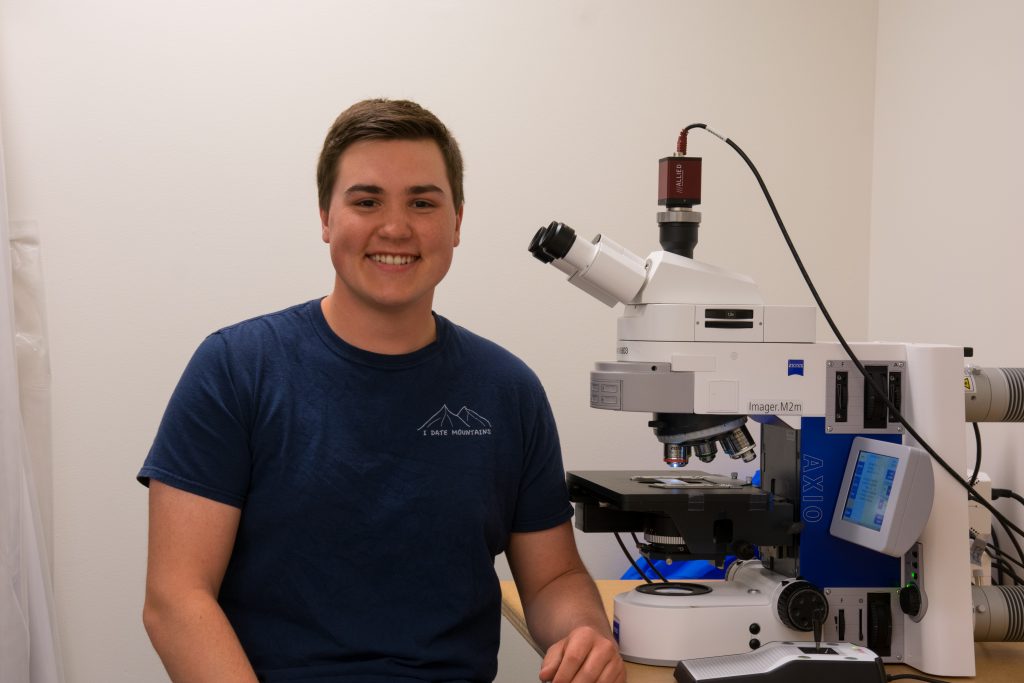 Kade was born and raised in Alberta and knew he wanted to study geology since he was in kindergarten. He began his BSc in Geology at the University of Calgary and found his research niche in the Geo- and Thermochronology Research Group. He won an undergraduate summer research award in 2019 to work on his own research in the Columbia Mountains and never looked back. In 2020, Kade finished an honors thesis in thermochronology and graduated with a BSc in Geology before immediately continuing on as a MSc student under the supervision of Dr. Eva Enkelmann. Outside of admiring the mountains, Kade enjoys birding and nature photography in his free time.

The Intermontane terrane of British Columbia is a geologically and economically distinct region which hosts a high abundance of Cu-Mo-Au porphyry deposits. The majority of these deposits formed during the early Mesozoic as shallow intrusions in volcanic arc terranes which were accreted to North America in the Jurassic. In central British Columbia, these terranes were covered by widespread Eocene to Pleistocene basalt flows up to >50m thick which have concealed them from observation. This has posed a problem for mineral exploration and understanding how the Intermontane terrane fits into the tectonic framework of the cordillera. Kade’s thesis will use apatite and zircon low-temperature thermochronology to quantify the upper crustal cooling history of the Intermontane terrane and constrain its burial and erosional history. This information will improve our understanding of cordilleran evolution and aid mineral exploration efforts.