Geoscience BC’s Christa Pellett looks back at a series of minerals research projects that continue to support mineral exploration on Vancouver Island.

In January 2020 Geoscience BC released the results of the Vancouver Island North (VIN) Regional Project which comprised a high-resolution airborne magnetic and radiometric survey of northern Vancouver Island. The data has supported existing mineral exploration on claims that pre-date the survey, as well as on 206 new or expanded claims identified since the project was first launched back in July 2019. But the VIN project was just the latest initiative Geoscience BC has supported on Vancouver Island. Let’s take a look back at some earlier projects. 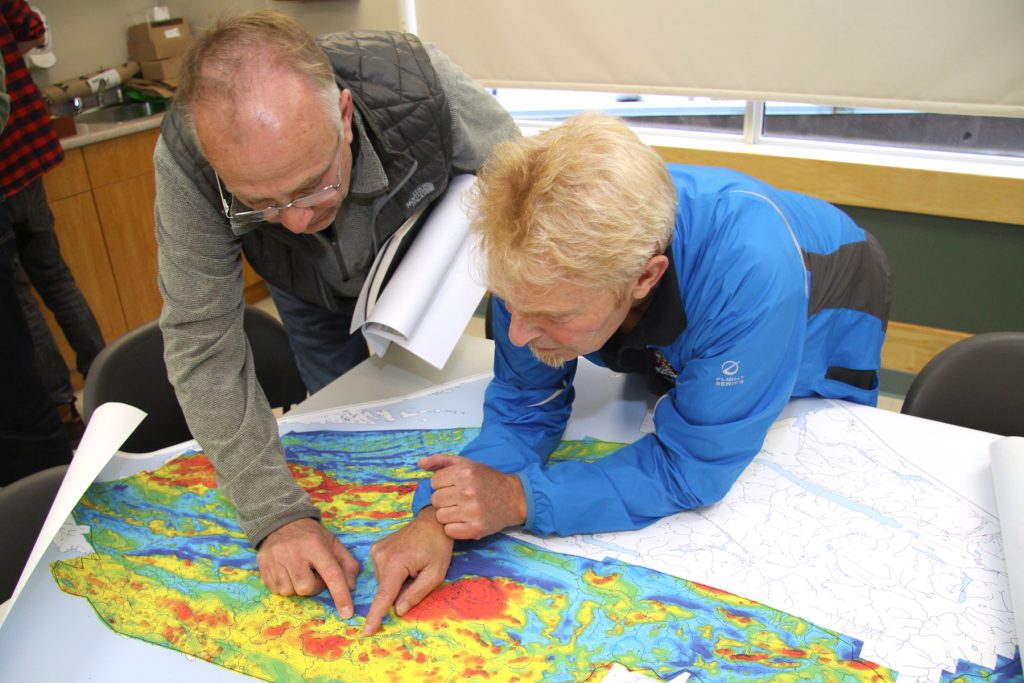 Regional Geophysics
Geoscience BC and the Island Coastal Economic Trust partnered in 2012 to fund the Northern Vancouver Island (NVI) Exploration Geoscience Project, which included an airborne magnetic survey of northwestern Vancouver Island near the communities of Port Hardy, Port Alice and Zeballos. This survey borders and slightly overlaps the 2019 airborne magnetic and radiometric survey to the north and west.

Regional Geochemistry
Geoscience BC’s enhancement of regional geochemical coverage on Vancouver Island was initiated in 2009, when Noble Exploration Service Ltd. completed a program to reanalyze archived moss-trapped sediment samples from across most of Vancouver Island. A few years later the NVI project enabled additional reanalysis of sediment and till samples, as well as the collection of new sediment samples in the NVI project area to enhance coverage. All this regional geochemical data was then used by CSA Global Canada Geosciences Ltd. as they undertook a productivity analysis of stream sediment data for northern Vancouver Island in 2014. 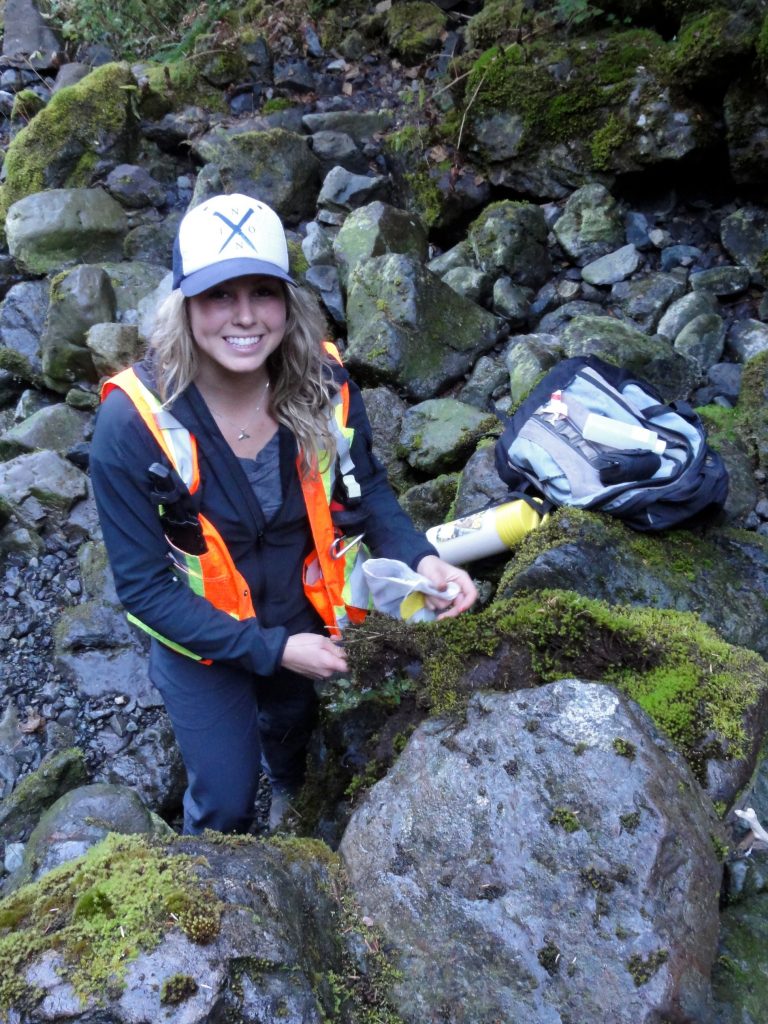 Mapping and Mineral Potential Studies (2005-2015)
In the first year of Geoscience BC’s existence, three university-based research studies focused on Vancouver Island. The largest of these was a PhD project by Tyler Ruks of the University of British Columbia (supervised by Dr. Jim Mortensen) focused on the Paleozoic Wrangellia arc of Vancouver Island, which hosts the volcanogenic massive sulphide (VMS) Myra Falls camp. The study examined the tectonic evolution of the southern Wrangellia arc, and used geological mapping and geochronological, isotopic and lithogeochemical studies to give new insights into its prospectivity for hosting VMS deposits.

Dr. Dan Marshall and students at Simon Fraser University investigated the geology and mineral potential around Nootka Sound on the west coast of Vancouver Island. Their research highlights the copper-porphyry and platinum group metal potential within a magnetite-rich layer within the Jurassic Island intrusive suite. 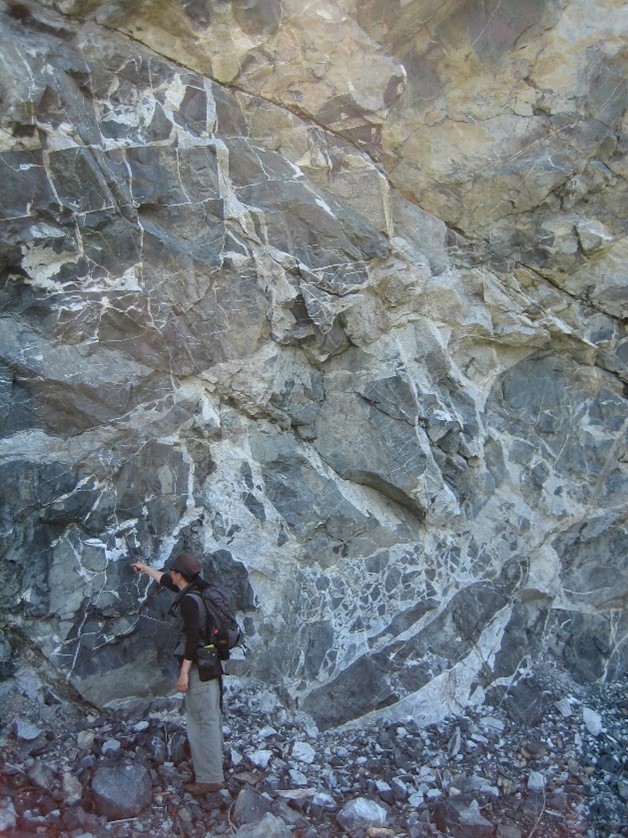 At the same time, Dr. Dante Canil and students at the University of Victoria were examining geology in the Port Renfrew area of southern Vancouver Island. The objective of the study was to assess ultramafic rocks for both their aerial extent and relationship with other rocks on Vancouver Island, as well as their potential to host Ni-Cu or platinum-group element deposits. Although no significant concentrations of chromite, sulphides or platinum-group minerals were noted in the final report, the authors found that magnetite skarns with variably developed magnetite-chalcopyrite-pyrite assemblages were located in the study area.