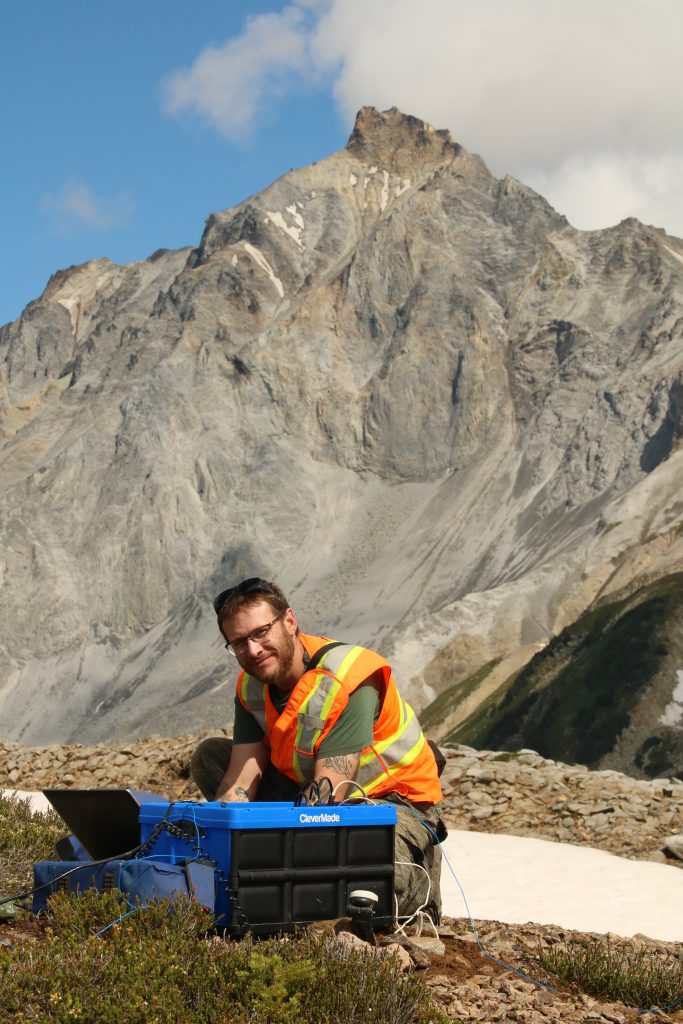 Cedar is a PhD candidate in the Department of Physics at the University of Alberta. In 2017, he received a Bachelor of Science honours degree in geophysics from the University of Victoria, then moved to Edmonton to begin graduate studies under the supervision of geophysicist Dr. Martyn Unsworth. Cedar’s scientific research uses electromagnetic geophysics, specifically magnetotellurics, to study the rocks of southern BC and he applies this research to the search for geothermal resources. He loves his home province of British Columbia, cares for the environment, and is passionate about low-carbon renewable energy resources. He is a founding member of the Alberta Geothermal Student Society, a student chapter of Geothermal Canada, and has presented talks at numerous conferences and outreach events.

Cedar’s research uses electromagnetic geophysics to identify and characterize geothermal targets in two areas of British Columbia: the Southern Rocky Mountain Trench (SRMT) and Columbia Mountains in southeastern BC and the Garibaldi Volcanic Belt (GVB), specifically Mount Meager, in southwestern BC. Magnetotelluric (MT) data are being used to develop 3D electrical resistivity models of these areas: a regional model of southeastern BC and southwestern Alberta and a local model of the Mount Meager volcanic system. The horizontal resolution of the former is 5 km, compared with 250 m for the latter. These two models will be the focus of Cedar’s PhD thesis; but he is also developing a preliminary resistivity model of the GVB with a horizontal resolution of 2 km, and it will help guide future research in the region.