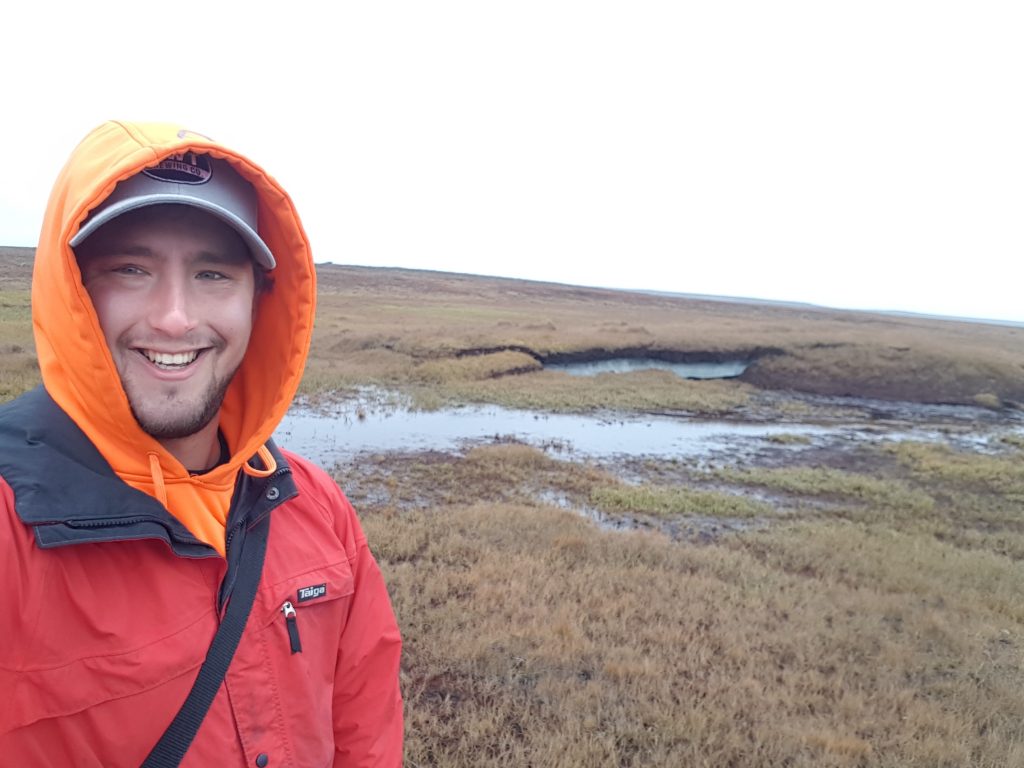 Drew earned his BASc in Geological Engineering from Queen’s University in 2018. Following his graduation, he worked as a research assistant with the Permafrost Group in the Geological Survey of Canada. This experience exposed him to multiple fields of research within the field and gave him an opportunity to travel across Canada’s Arctic on multiple field programs. Drew was given the opportunity to continue his education with the Geophysics and Geodesy Research Group which he had worked with in his undergraduate degree. Through his master’s he is working on developing an understanding of hydrothermal antimony-silver and serpentinized chromite systems. This done to aid in exploration and development of these projects with geophysical methods. Survey work will be done in an area with known potential for such occurrences in the vicinity of Kelowna, BC. Drew is also involved in research using satellite based remote sensing techniques using SAR.

The Quesnel terrane in British Columbia hosts a large variety of mineral deposits. We are conducting geophysical prospecting program to explore for antimony and chromite using a range of geophysical methods including, but not limited to magnetometry (terrestrial and UAV), electromagnetics, and resistivity/induced polarization. Antimony deposits are commonly associated with hydrothermal alteration which may produce disseminated sulfides. Also, the serpentinization of ultramafic rocks produces magnetite which is identifiable through magnetics surveys. The geophysical parameters magnetic susceptibility, conductivity, and chargeability can be extracted from these surveys. This allows for indirect search for possible mineralized zones though the detection of serpentinization and hydrothermal alteration. This project will directly aid in the development of mineral resources northwest of Kelowna near Barton Lake. We will also further develop state of the art geophysical methods such as UAV magnetometry for the purposes of mineral exploration and contribute to the understanding of these deposit types.