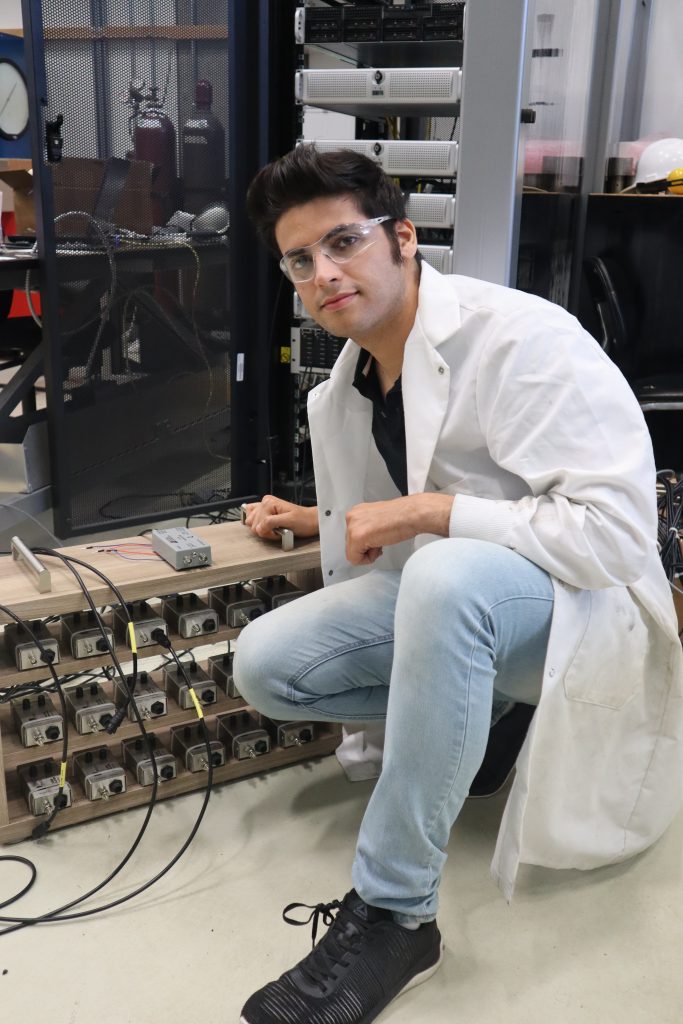 He also holds a Bachelor of Science in Petroleum Engineering from Tehran Polytechnic (Amirkabir University of Technology, AUT) since 2015. During the last two years of his undergraduate studies, he was a research assistant at geomechanics laboratory at AUT, where he designed a laboratory experiment to measure the leak-off coefficient of sandstone. Thanks to his background knowledge on hydraulic stimulation in 2016, he was admitted to rock mechanics and rock engineering research laboratory in Seoul Notational University (SNU) in South Korea as a research assistant. His studies was fully funded by project research grant and BRAIN KOREA scholarship- a governmental scholarship for elite graduate students and researcher in Korean universities. He was selected to be the principle engineer in designing a hydraulic stimulation plan for an idle wellbore in Patuha Geothermal Field in Java, Indonesia. In this position, he was responsible to design a soft hydraulic stimulation plan which improve the production of the idle well with minimal seismic hazards using the field data and state-of-the-art numerical simulation.

Notable induced-seismicity events in the Montney in northeastern British Columbia include a M4.4 event in August 2014, M4.6 event in August 2015, and M4.5 event in November 2018. Growing concerns regarding induced seismicity are heightened due to knowledge gaps in our understanding of fault slip mechanisms and the factors controlling the likelihood and magnitude distribution of events. To address these concerns, my PhD is defined with focus to be placed on investigating the factors that influence the likelihood and severity of having a seismic event of a given magnitude. Towards this goal, I will be using state-of-the-art laboratory experiments and numerical modelling, with further constraints being provided by empirical field data.